Change Agent and fixer, and transformer, revels in sorting out difficult stuff that isn’t working.

Some say the consultant for consultants, reaches the parts other people can’t reach.

He has worked with many multi-nationals and is often on a plane with the likes of VMware, Orange, Dimension Data

Can be often found on a foodie trip somewhere new and can’t resist having the latest gadget as an early adopter.

Paul Goundry
The Architect
Clare Henderson
The Innovator
Jon Stoackley
The Navigator
Helen Greenwood
The Storyteller
Keith Stagner
The Orchestrator
Debbie Scola
The Revolutionist
Nigel Moulton
The Futurist
Emma Firth
The Weaver
Simon Carroll
The Wordsmith
Estefani Romero
The Digitiser
Katie Rolf
The Perfectionist
Paul Dunlop
The Magician
about us
what we do
work with us
insights+updates
contact
+44 (0)203 918 5680
info@smarttasking.com 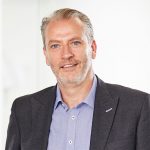